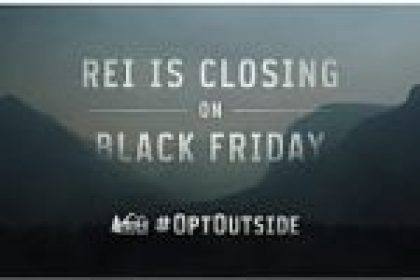 We’re back with another issue of Branding News! If you’re curious about what major, well-known companies are doing in the marketing arena, wondering about the latest trends in branding, or looking for inspiration and stories of creative, unique branding moves, then this post is for you!

These are the top interesting branding stories to come out recently that have caught our eye: 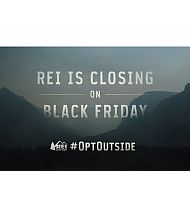 REI shocked the retail world recently by announcing all stores would be closed on Black Friday. They will have no Black Friday promotions and won’t process any online orders until Saturday. Only a few of its approximately 12,000 employees will be on call, while the rest get a paid day off.

Instead, REI is hoping to convince consumers to start a new Black Friday tradition with its #OptOutside campaign, one that doesn’t involve spending money or buying anything. It has built a dedicated #OptOutside website with resources on local hiking trails and is encouraging everyone to get outside and be active on Black Friday instead of shopping.

REI’s move signals a monumental shift in the way companies are doing business and marketing themselves. The new reality is that as customers become better at managing their many brand relationships through the use of technology, such as social media, they will weed out or ignore companies that don’t understand their needs and deliver value against them. This is the new era of consumerism — empowered, entrepreneurial and enabled. 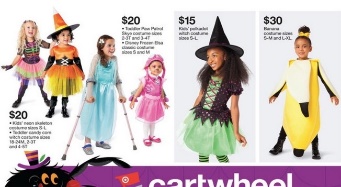 Target is in the news once again, with many people praising their continued efforts and dedication to diversity. You may remember back in August, they announced they were removing “boys” and “girls” signs from toys in an effort to remove any gender stereotyping.

Last week Target again made headlines with their Halloween ad, which featured a young girl with braces and arm crutches modeling a Princess Elsa costume from Disney’s movie Frozen.

The ad itself went viral after the mother of a child with a disability posted it on Facebook.

“Dear Target, I love you,” she wrote. “Thank you for including a child with braces and arm crutches into your advertising campaign!”

Many others took to Twitter to praise Target for its ongoing dedication to diversity.

On Nov 3rd, Twitter announced that the familiar star icon on tweets used to express approval has morphed into a heart icon and is now known as a “like”.

Despite its cultural relevancy, is having a hard time getting a mainstream audience to love it. As such, Twitter is seeking ways to make itself simpler to use and, therefore, more attractive to both users and advertisers.

Akarshan Kumar, a Twitter product manager, noted that the star could be confusing, especially for newcomers. “The heart, in contrast, is a universal symbol that resonates across languages, cultures, and time zones,” Kumar said. “The heart is more expressive, enabling you to convey a range of emotions and easily connect with people.”

Where to start with this one? American culture has long held a soft spot for Volkswagen. From Herbie the Love Bug to reintroducing the redesigned Bug, to ‘The Force’ ads with a young child dressed as Darth Vader, Volkswagen has become of the most loved and respected brands of all time: a brand that stood for quality, honesty, and a commitment to its customers. A brand—not a company or a product—worth billions of dollars.

Volkswagen now sits in a quagmire of legal, regulatory, and financial problems. The biggest issue, however, could be their image problem. The revelations that it cheated on emissions tests and that its diesel engines aren’t as clean as advertised are obviously not sitting well with its customers, and the trust in Volkswagen is gone.

Joan Schmit, a professor of risk management at the University of Wisconsin, Madison, sums it up perfectly: “That is one of the ironies of reputation — both development and maintenance — that, of course, we have to be who we say we are,” she says. “And if it turns out that we are less than who we say we are, that’s going to be damaging.”

Moving forward, the company will try to redeem itself, but whether customers respond is TBD. Repairing their brand image will be a long road. Volkswagen will have to start with being honest. After that, they need to execute; they must successfully recall the cars, fix the problems and offer incentives to loyal customers, if there are any left. 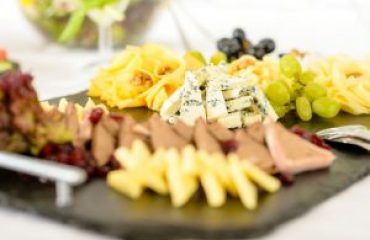 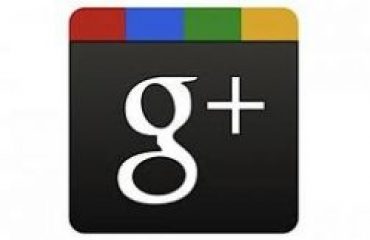 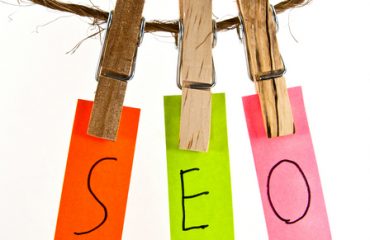